Picture me who is so vain of her hair, (now keep that in mind).  Here I am, trying to take down the rubber banded plastic baggie full of CLR shower head cleaner from my shower head this early morning. Well firstly, it, the CLR, spilled all over my hand and arm and certainly it spilled down into the fiberglass tub (which doesn't want certain irritants on it).  But I got it loose finally, thrown away and I wanted to flush the tub of that stuff and make the shower head clear of CLR.
So what did I do?  Why, I turned on the shower.  What happened?  It sprayed all over my punkin head which was still in the tub area as I was manipulating the faucets.
I had shampooed and set my hair yesterday, brushed it out (it's long) had it in a knot on my head till I finished cleaning house. It was gonna be pretty for today.  Not. I had once again experienced the Drenched Head Syndrome.
I have done that same bone headed stunt probably five or six times in my memory.  I guess it's the "she'll never learn" department.  I laughed for a few minutes and tried to get on with my day.
xxoo 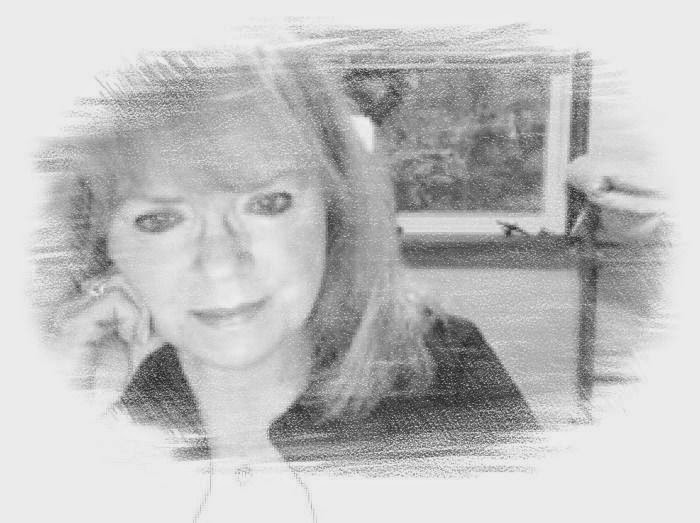 Posted by Ramblingon at 19:40 15 comments: Links to this post

My Goodness Mercy Me

Getting closer to the Christmas feast.  I was just asking the middle boy what he thought would be a change or something good.  I will have the three boys, one daughter-in-law, a grandson who will show us what he looks like end of March, and me.  Well Katie too, but no human food for her.  She does not like it.

I am pleased they will all be here and that everyone is well this year.  First time in three years that Thanksgiving and Christmas can be celebrated by the three of us all well and fit. I think neither my son or his wife ever read this blog but I am afraid to take a chance.  I want to tell you my favorite present for the three of them but you never know.

I had a fabulous time at that meeting and if I knew how I would attach a voice recording I made for 29 seconds that would blow your hair back in the listening because it is THAT loud.  LOVE it.

Everyone talking loudly at once so really not identifiable except for one shouted out declaration about insurance and their rehab after a heart surgery.  We colleagues know who it is as the voice is very unique, but no one else in the world would.

I bought a four inch memory foam mattress topper and had to get in a son to help get it OFF the floor and onto the bed it was so heavy.  I got to sleep on it last night and so did Katie who hogged my side of the bed without moving she was so comfortable.  I was till I wanted to turn over.  It was like swimming in the ocean to turn, for one thing.  And that cat would NOT move, for another.  Then she decided to give my hair a good wash in the middle of the night.  I asked her not to so she changed to washing my hand and arm.  As there was lotion on them it would not have been good for her to continue even if I could stand it. Then later in the deep darkness she spoke to me softly.  Faint headbonks onto my head and arm.  I asked her to quit.  Later, she thought perhaps she could roust me from my place I regained when she took a bathroom break.  It was an active night and she has never behaved like that in her life.  That bath for me has got to quit but I appreciate her effort.  I had one so no need to repeat.  :-)

Everything is bought, wrapped and waiting.  Tree won't go up till Christmas Eve due to Miss Katie.  It will come down Christmas night.

Where Have I Been

No idea.  Time slips away so quickly.  The ol' I just got up even though it is daybreak and I have turned around maybe two times, lo...it's bed time!  How do the hours pass so quickly?

The count down to Christmas morning is getting louder and louder.  I had better wrap the gifts I have here and see what is missing if anything.  I have a baby grandson to get things for although he won't know it.  Makes me happy.

I dropped by last weekend with another of my sons here from Charlotte and saw the progress on the baby's room.  I can see they will need a larger home.  Sad in a way from my standpoint as they are so easily gotten to now.

I am practicing not using so many commas.  I was  educated far better than I show when I blog.  I forgot some important principles and I asked my son who is a teacher for some quick advice on when to hold off inserting a comma.  Now I can mostly have run-on sentences instead of fifteen commas per sentence as well.

Oh my goodness!  A speck of sun.  It's been raining and/or gray steadily for days and is scheduled to continue in that way for the rest of the week and weekend.  That's the way it is here where I live.  So much rain.  Last year we were a foot or perhaps  more than over a foot I think of rain to the plus side.

Within an hour I will be headed to the restaurant where we all gather, those working and those retired to make noise and create auditory discomfort among the unsuspecting other diners there as we converge.  Can't wait.

So long until tomorrow (someone famous once said.