Guys, to try to protect against spammers, I require moderation after X amount of time.  (Don't want to tell them how long...(talk about shooting yourself in the foot!) so comments posted by you all after X time require me to git myself over here and say OK already!  Thing is...for 8 months now, Google won't let me freely log into my blog ...any of them... freely.  Takes DAYS and up to 50-80 attempts.  Same for Katie Isabella's blog and for Admiral's.  Feeling were hurt until I was asked about it and I tried to explain.

Part Two is:  We all know from my constant complaining that Word Press won't allow me to comment any more on their blogs from my Google blogs unless it is a paid for WP blog.  Not able to comment on free ones like *I* have for example,  without my work-around.  I have to use my WP blog credentials when WP deigns to allow it.  I wrote WP, they graciously answered,  but nothing has happened or changed or been helped.  And Google giving me a hard time logging on to my long established kitty and personal blogs is amazingly hard to take.  Tuff beans I guess because that's the way it is...nothing will change it.

So, got the complaining out of the way.

There have been THREE entire sunny days!  That is remarkable.  I got me 16,000 steps in yesterday alone. Still counting today's.  I do so much better and more in sun than the seemingly every present always happening rain.  Three DAYS in a ROW of SUN!  Oh, my word!

Can any car savvy person tell me how a place that says they hand wash your car (they do it where you can't see them) did this to my wheels last time they washed it?  No tow through stuff they say.  They say the car stays stationary and washed by hand.


Posted by Ramblingon at 19:38 5 comments: Links to this post

Want bird carries the most weight?  A Crane.  Looks like I am the only corny joke fiend.  That's OK.  I love laughing at them.  I won't tell any more.  :-)


Still raining.  Nothing to say of any interest so...off I go.  Be well and have a good week ahead.  You know where to find me. 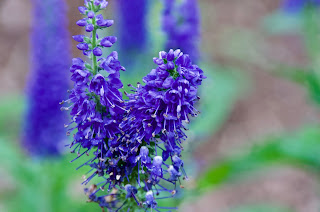 Posted by Ramblingon at 14:22 13 comments: Links to this post

Answer ! Are You Ready?

Now.  Not to be outdone...what kind of bird carries the most weight?  I'll give you three guesses each. Let me know which bird it is.

Meanwhile, I actually got my walk in this morning early without rain!  Now yesterday was a great day.  Perfect.  Got up to the mid 60's F.  Couldn't (and I was grateful too) even work up a good sweat. Today it was overcast when I set out and it got a bit grayer as I went along.  However, that walk and then afterward, after a deliberate walk-around in two big box stores to add to my mileage on my Fitbit, I felt no raindrops falling on my head.  Later today probably it will rain, but we got two days remission (a good term for it around here in this rain forest that is NOT supposed to be always raining) with warm sun.  Two days in a row! I hardly know how to act.

I worked a blue streak the past several days.  Dang.  I keep waiting but no one ever comes by while I am gone and cleans the house!  I keep waiting anyway...all for naught.

Got some windows done inside and out.  Storm doors too.  All the glass surfaces in the house were cleaned.  Waxed what could be waxed.  I have old discarded church pew wood for window sills so the cat has a wider surface to bask...and I oil that with Old English Furniture oil. For a few hours until the oil absorbs into the wood, the window ledges look like a gleaming piece of metal.  Then, back to wood look again-- without the sheen.   Got to wax the kitchen cabinetry too.  Yesterday after returning from The Big City I tore into house work and cleaned the whole bathroom..tub and surround first-- then the rest.  Cleaned and shined the wooden kitchen floor.  Used Counter Top on all my counters.  Oh, how it cleans and makes them gleam!  409'd the stove (really didn't need it, but hey...) Polished all the wood furniture throughout the house too, dusted all the places I needed to dust which was everywhere. Man, dust just comes in here like a thief in the night.  It's the heating system I would say.  Vacuumed like I meant it.  I am going to find a vacuum that addresses pet furs.  I looked at CR magazine's Buyers Guide and have some ideas.  Because her black furs are there as though they had glue on them.  I have to make many passes.  I vacuum three times a week.  I cleaned some woodwork..not a lot as I should do.  Trying to get up the nerve to clean out the linen closet.

Come on over.  I make THE best homemade chocolate peppermint cake with chocolate peppermint frosting 3/4th on an inch thick, what am!  Just help by keeping me company while I do that linen closet and we'll each have a fork and get to it.  Ke's under the mat.   You know the one.

I got a kick out of Mark's comment in the last blog.  I agree.  Sometimes folks can make you laugh..especially if it is their living but yep...they can still be an ass despite being funny!  I used to like that comedian's show...looked forward to it each time it came on.  The recordings of some of his stand-up were just gut busters though.  Laugh!  He was funny, but now,  I will never like him again.

I should have walked this morning.  I stood there early...knowing I had to drive to the Big City and while I do that all the time...the drive after the walkie, today I just let it go.  Nice day too.  It just did not appeal for the first time ever.

I'm feeling low key these days but perhaps things will look up.  I'm OK.  It's not that.  Just things beyond my reach.  But if you have any corny jokes for me, they make me laugh every time.  Like...what animal always seems to be getting food poisoning?  Let me know when you give.  I'll be back to tell you.

OH!  Katie has a blog coming up here shortly.  She showed me her superior IQ she did!!!

Posted by Ramblingon at 19:47 12 comments: Links to this post

Ya know, once I saw a video of Bill Cosby doing a stand up routine.  I howled, I rolled..to me it was extremely funny.  Oh, this had to have been a good 15 or so years ago.  If I happen to remember it, I will at least smile it was that funny to me.

I don't remember all his words.  I only remember a sentence that I think of every single time I see it happen...and that is a LOT of times.

He was talking about speaking to someone, and in this sketch, this person was listening with their head jutted forward on their neck...eyes squinted in concentration and mouth wide open.  He made the remark that he wondered if people who did open mouth thing while listening did so with the hope that they would understand better-- or even hear better-- if they let the light in through their open mouths.  Oh I rolled!

I wish I could remember how it went exactly because it was funny as heck and the audience loved it.  *I* loved it because I have seen people do that SO many times while listening to me.  AND I have seen it in general in all other circumstances thru the years in public or a meeting.  I used to make an internal mental crack to myself that I must be speaking Latin again...they were sure trying hard with the squinted eyes and wide open mouth.

The air conditioning came on this afternoon!  Yup.  It got up to 75 in the house!  I can hardly believe it.  Come on Spring. But some of us, certainly me, will be complaining that it's too hot and humid very soon. 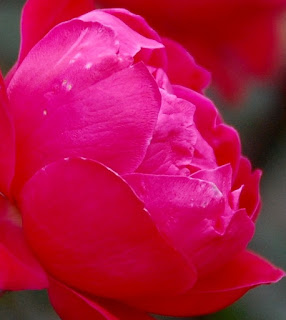 I took this last Spring.
Posted by Ramblingon at 19:43 14 comments: Links to this post

Just Another Cold Day in Spring

In this part of the Country (and State) April snows-- up until the second week of April-- can and have happened.  Well, it  looks like it is winding up to give us at least a so-called freezing mixture tonight. My flowers that have bloomed, tulips and daffodils etc. are dead.  Freezing almost every night.  BUT once this quits happening, we will be furnace hot and humid as bathwater.  I doggedly put out the first hummingbird nectar of my year right on time.  It will probably get slushy with the freezing temps we are getting again.  But it's out there.

I'm still out for my hour long walkies daily except Saturdays. which are my day off if you will. I only bow out if it's raining too hard or there is snow.  OR if it's under 32 degrees F and the wind is blowing which will lower the seeming temperature.

An unanswerable question.  Will vehicle turn signal lights ever become used again, or will they just whither and crumple into dust  and fall onto the asphalt from dis-use?  Just asking...

Another unanswerable question.  If "you" and a companion are going to block an aisle in a grocery store so that it is difficult to go around "you"...must "you" walk as you talk and laugh (good that you're happy though) so slowly as to appear to be standing still? I'm not referring to disabled folk.

I'm still wearing both the Apple watch and the Fitbit...one per arm.  Apple because I bought it after a firmware update killed my Fitbit.  A month later after some back and forthing with Fitbit, they sent me another one.  I felt as though I needed to show my appreciation if only to myself, by wearing it.  It'd been fun to compare the two in their data reporting.

Who else has a problem with their speech app on their phone?  Mine acts as though I am speaking Latin or something and many times can't seem to understand why I said when I do a verbal text.  Don't they understand speech from the South or something?  Hmmm.

Have you read in a consumer magazine published monthly about very real privacy concerns with the units you can out in your home, like A*e*a?  Not going to spell it out.  The other brands too.  They hear all you say and it is sent to the manufacturer and sold if I recall, for ad purposes.  Google and read about the privacy issues with those "helpers".