Fixin' to be New Years

I am alone now. Had my middle one here for the full week as his school is on break.  I don't know who was more pleased.  Me, Katie, or small James.  But he left for Charlotte at 10 this morning.  We walked together each day and racked up the miles.  LOVE having someone to walk with.  None of my friends get up in time as I like to do that first off.  Then the rest of my day can be spent doing other necessities.

We went over to other favorite brothers home at 1130...and 5 of us went to a restaurant...an Italian one.  I ordered  a Philly cheese steak- and guys, have to tell you.  Never had one  made with ground steak...or one that was made with mayo on it.  Way way way too too too much mayo. And enough salt to do the ocean proud.  Needless to say it was only 1/4th eaten.  the boys all ordered, as did my DIL, great Italian pasta dishes.  I am not a pasta fan except spaghetti.  I know...I must come from Neptune or something.

Both arms are itching to beat the band where my iWatch is and my Fitbit on the other.  Going to have to use rubbing alcohol on both bands to clean.  That will take care of it.  Told ya before why I have both on.  I bought the iWatch, set it up and wear it, but Fitbit sent me one to make up for killing the one I had bought; as their update totaled it.  If they were good enough to send me anew one, I sure am good enough to wear it regardless of how silly it looks wearing one per arm.

Saw a new movie by the way, thanks to a friend who sent it.  "Christopher Robin."  I loved it.  LOVED it.  I embarrassed the sender by raving on and on in several 2 line emails saying how much I loved it!  Oh well.  At least they know the movie was a hit with me.  Speaking of that, we watched one on Netflix  last night about the Star Trek's Spock,  narrated by his, Lenard Nimoy's  son.  It was close to two hours.  I loved all of it except the one interview with another star.  As one cannot say what they think these days, I will remain silent.  But the entire rest of the show was terrific if you are a Trek fan.  I am...through and through and so are the family.

Did you have a good Christmas?  Are you alright?  We seem to be. 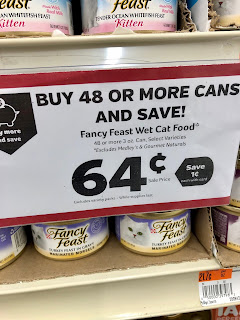 Interesting Later Part of the Year

Only interesting and just to me,  in that I got sick with something...probably viral right after our Thanksgiving week visitor.  Extraordinarily tired,  slept an amazing number of hours for me, didn't really want to eat...was very cold despite wearing warm clothes and keeping the heat set on 72.  That's a high setting for me.  My own personal temp was  consistently 97.6 which is close to a degree higher than what is normal for me.

Could have been all the eating out that was done including Thanksgiving day.  I'm not used to that and I have had the worst illness in the past decade from what I think is food eaten out.  Never seemed to fail that was something I had done a few days prior to getting so sick.

Hopefully for me, it is over for now.

I've not blogged here in  month and I suppose this isn't the happiest of topics.  I probably am trying for sympathy after the fact.  :-)

I enjoyed showing the guest around the town here and my DIL did the honors in the big city for her enjoyment. 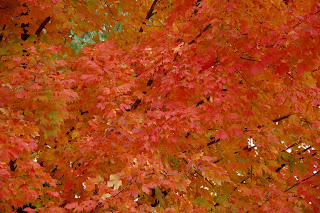 Kinda late but here is my maple tree in the Fall.

You guys ready for Christmas yet?  I still have more to do.