Unless you savor every thing that comes to you as I always do..sight, sound, smell, things I see, this blog topic will mean nothing to you and I will be more boring than ever to read.

My oldest and I went to have a Happy Birthday supper at my youngest son's home.  His wife prepared dinner.  It was yesterday that the birthday occurred, but his wife was attending the birth of her best friend since childhood's baby!  So son and wife and my other sons and I celebrated tonight.

I left their home about 2030 and took the oldest back to his place in The Big City.  Then I started home.  Not much traffic anywhere I was and there was a ghost of light in the sky's edges left as I hurtled down the road.  Here is where and when  I became enchanted.  It will be nothing to you all I know.  But as I traveled through the dusk to almost dark..enjoying seeing the trees silhouetted against the darkening skies,  even though I had the cars' a/c on, I could smell the green scents of freshly mown grasses along the side of the road.  I smelled some vehicle exhaust occasionally, again, the green fragrances of summer's wild growth as I sped through their realm.

The air was a steady but not forceful cold against my face and the fragrances thru the window that was slightly down took me way back in my mind for a few moments to times as a teen I would take a friends car after getting my license, and drive the dirt roads...windows down, cool night air coming in and the same wonderful fragrances.  Yes, including gasoline scent wafting through occasionally.

I had a CD tonight that I played that I bought on a lark 12 years ago.  Way before my time style music.  It had that music they call swing music.  I think all these are from the 40's.  Glen Miller and other big band leaders of that era.

I don't care for that style of music.  I bought it 10-12 years ago in the grip of nostalgia for my parents. But tonight I finally played it in the car.

I was hurtling down the highways, about a 28 mile trip...cool night scented air in my face and nostrils.  Oh what heaven.  And what nostalgia.  I smiled all the way home.  Partly in gladness for the lovely evening and seeing him open his gifts from us all.  And the rest, the magic of the dusk, the quiet, the chill air so utterly fresh, the low old music, the sights of night fall.  The clear roads all the way home accompanied by night music and the subtle sounds and joyous fragrance when the music went away. ..it was magic.

But only to me.
Posted by Ramblingon at 22:08 20 comments: Links to this post

Having Trouble Again With Comcast...

You know, just when you think things will be all right again, along comes the time when one must call the Comcast  service phone number.  I got someone from one of their, Comcast's, out sourcing Countries.

I admire that someone has a command of my language.  But what I find exceeding difficult is when I cannot understand ONE word you are saying despite the English you are speaking.

I am simply saying if Comcast wishes to outsource, I only say please please please please have the representatives take training to help with their accents.  I have only in the past week become cognizant that there is such a service.

We have a National Lab here, and many Scientists from all over the world.  Classes are given/offered to alleviate that heavy incomprehensible accent.

I even handed the phone to one of my sons and he too could not understand a word she said.  This was at 1600 hrs. 14 August, if it matters.

The phone and the internet were out and truly--- I asked for her to repeat each and every sentence or spoken "paragraph" as I could not understand a word.  Nor could my son.

I pay too much money per month to go through the hades I went through for half an hour straining and straining to understand even two sentences in the entire ordeal.  Is it "fixed"?  Yes.  But I myself thought to reboot to get the email up when only Safari was working.  She DID get the modem's lights to start again.  There were only 2 lit when I called. with no phone and no internet.

I think it is almost cruel to inflict a helpless million or more of Comcast clientele to this abysmal incomprehensible customer service.  It was awful to go through.


The girl is blameless.  It was her impossible accent and speech that resembled a machine gun in rapidity that got in the way.  Her hiring personnel failed her.  And me.

Rant over.  For now.  Thank you for "listening" to me friends.

xxoo
Posted by Ramblingon at 16:41 18 comments: Links to this post

My goodness, I got going about Daddy's fork and then, I traded pictures of an ancient 1 1/2 cup pan Dad made simple syrup in or boiled something really small (duh!) with a blogging friend.

That friend showed me some pictures of old things that were left after his mom passed away.

When I was in my teens and even early 20's, my mother would show me some things that she had from her mother and none of it, even those things of hers, were of the least import to me.  I didn't care and I thought to myself that they were ugly.

MY...how we change when we get a little mental as well as physical maturity.  Now these things are treasures and certainly they are memories.  That picture I sent him of the little pan dad used so often showed how terribly coated it now was.  Dad kept it clean but one has to face that there was/can be a residue not always visible on the outside of the pan and so years later the pan looks like heck! All black and brown.  However I love that pan and don't want to try to scour and polish it all away.  There are even more marks on the left side (he was right handed) where he stirred or used his fork in the pan and its contents.  :-)

I took the picture in May.

Stopping by.  It has been über busy for me thee past several weeks and this week is as wel.  Love all of you.  xxoox 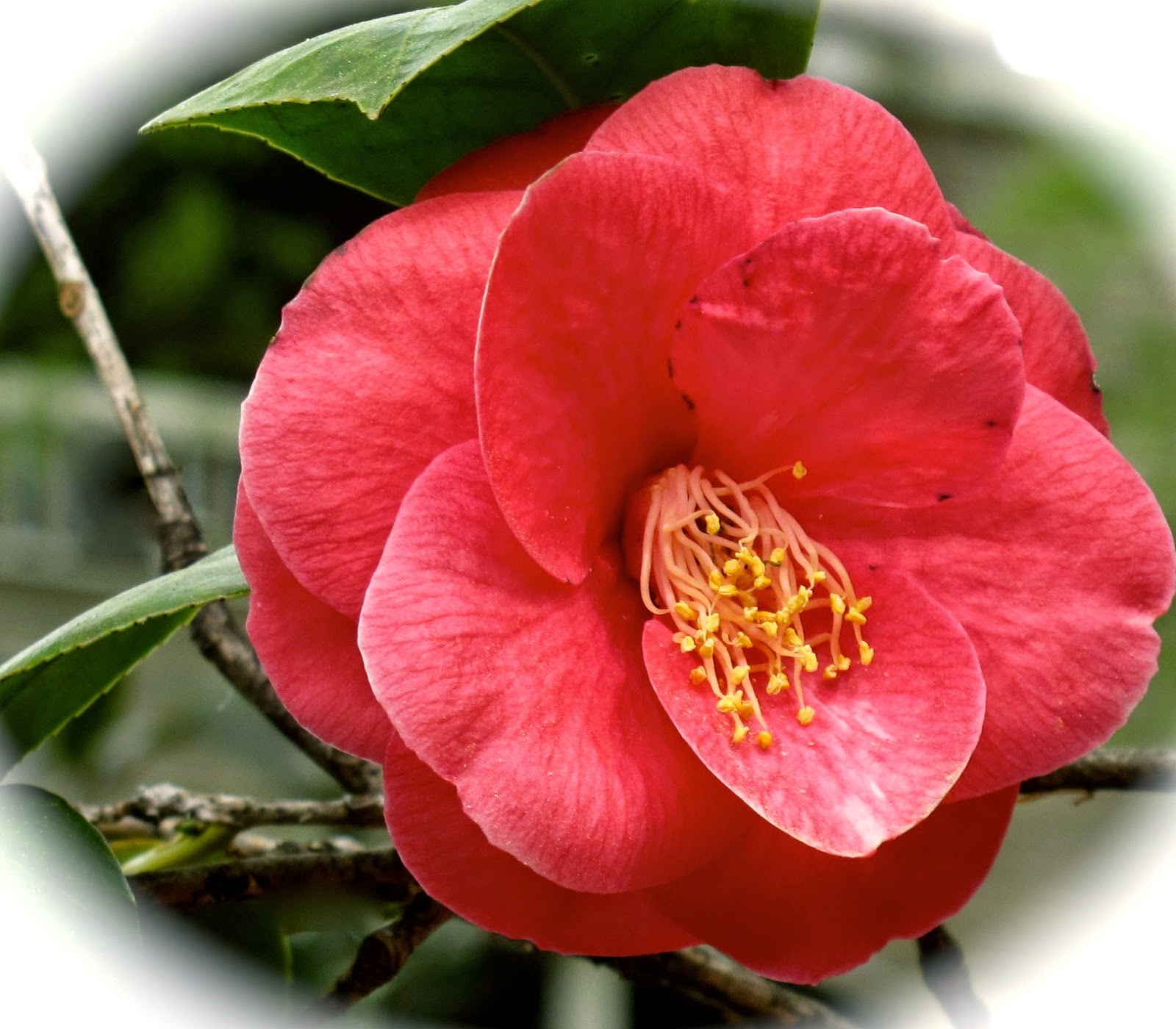 Posted by Ramblingon at 15:27 13 comments: Links to this post