Last evening, I wrote quite a to-do list of things that had to be done as soon as I could get them done.  Most involved calls but some will require action on my part.

Today, I called my local hospital to tell them the info re: my personal physician and name of medical clinic was wrong.   I like many folks have a patient access to my personal doctor's office and any other medical facility I may use.  You can message, make appointments, etc.  They remedied that  problem I brought to their attention and I had the opportunity to bring up several other vexing questions as well for answers and, I got them!

I got to find how and where to compliment an entire organization for its fabulous customer service too after another call to find to whom to address this really fun thing to do.  Compliment thoroughly.

I called to get a plumber for a slow running bathroom drain and darned if he didn't say he'd be here in ten minutes!  The stuff of dreams!!!

I called the car dealership and explained a really need-to-fix problem and asked if it could be done.  Yes.  And the appointment is next Monday.  0900.  $150.00 later I will be so much better off.

I called to cancel an appointment I had at 0900 this day and got that done as well AND I had the opportunity to speak to someone knowledgeable about a problem I fancied I had.  All today.

I went out for a while and did some recreational shopping.  Just a bit.  I had a few days where I was feeling a bit badly so I did nothing that was not needful for those days.    It happens to everyone sometimes but I am fine now.

I am so impressed with how things are coming along in plans I have.  They are coming to fruition flawlessly.  I am so grateful for that.  God is good.

I only wanted to keep my hand in and say hello again.  There is so much going on here that while I am thinking of you (yes, I actually am, believe it or not) I can't always make that known to you.

All of my old friends are precious to me from Spaces and all of my new friends from Blogger are equally precious.

Thank you for your friendship.  Things will calm down here.  They have no choice!  :-)


Posted by Ramblingon at 18:31 9 comments: Links to this post

Kidding.  It's not amazing at all.  Just there are a few times in one's life when you would like the moment to last.  It doesn't except in our memory.  Debatable as to whether or not that is the better thing...time moving on.  After all, getting stuck in one moment until we pass away does seem a bit overwhelming, doesn't it?

I am still reeling from the passing of Beth Marie.  Though we spoke often and I knew where she was, a hospice, still I did not expect her to ever be in one. I was devastated at her continuing diagnosis and then I never expected her to leave us so quickly.

I'm just checking in.  Instead of the usual things each day that I set to do or accomplish, I have decided to take part of the day to rearrange the drawers in the bedroom and some of my pajamas in the linen closet.   I have too many ancient sets of pi's that never see the light of day and now I am certain they won't.  Off they go.  I don't need them as rags.  Too many already.  I think I may head to the dump and recycle center before the skies open up again.

Why not head on in there with me while I pull out the last drawer and sort the things in there and get rid of "I will never wear this again" stuff?  I need the company.  Boring job.  Come on..get up..let's go.  We'll have some sparkling mandarin orange water for a treat afterward.  Last one in by the dresser is a rotten egg.  *zoom* 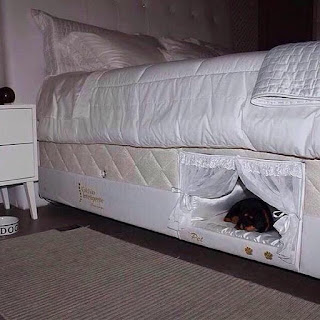 Saw this on FB this morning.  LOVE it.

Posted by Ramblingon at 14:17 22 comments: Links to this post